Originally, the archive was comprised of 25,876 digitalized photos organized in folders (not following any logic, but simply in the course of digitalizing) and accompanied with Excel file describing every image (file, date, author, summary, comments). Research fellows and students of UCLA’s Chicano Studies Research Center completed an Excel table, described th whole arcive.

Every photo was tagged several times, every tag could be used for several dozens or even thousands of photos.

An algorithm assembled tags into an information network – a graph – describing links between tags by the number of times it was used for every photo. Any user could see either general cloud of tags or set of directly interconnected tags (selected by the value of the link).

Below you can find technical preview of graph’s visualization process.

However, we really wanted the graph to look like neural connection in the human brain.

To achieve this, we had to take following steps to puzzle the visualization: 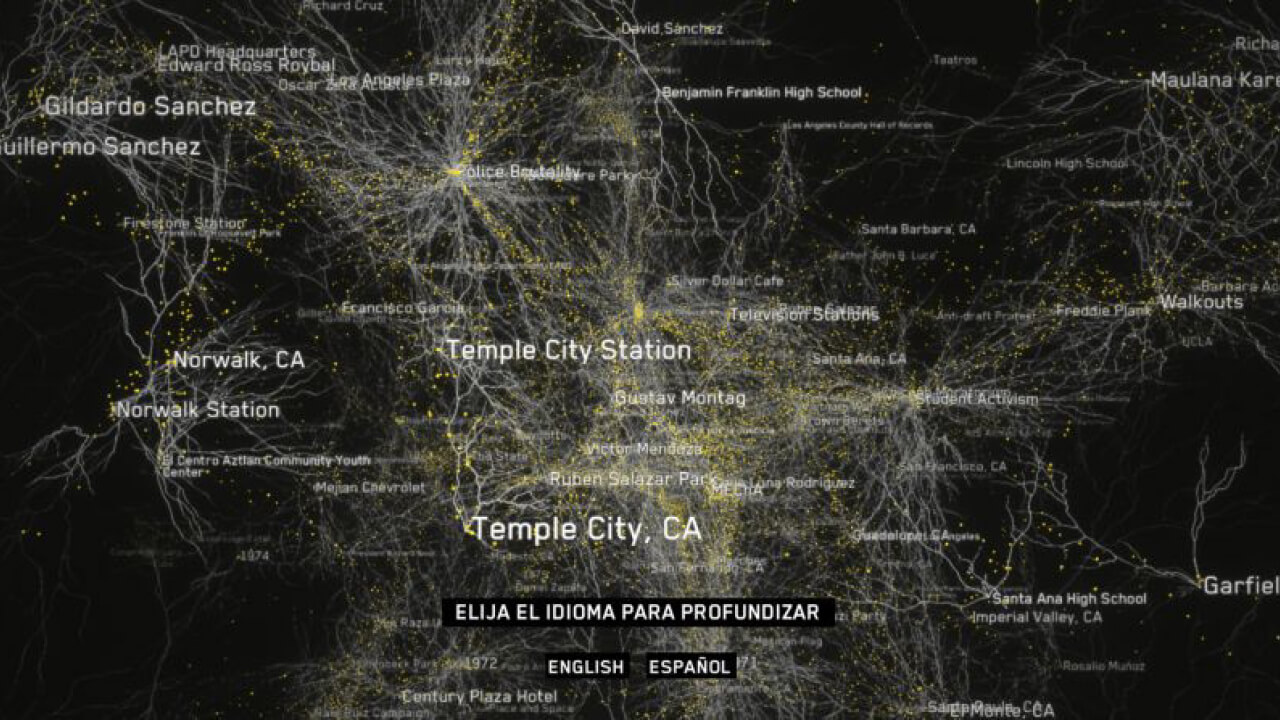 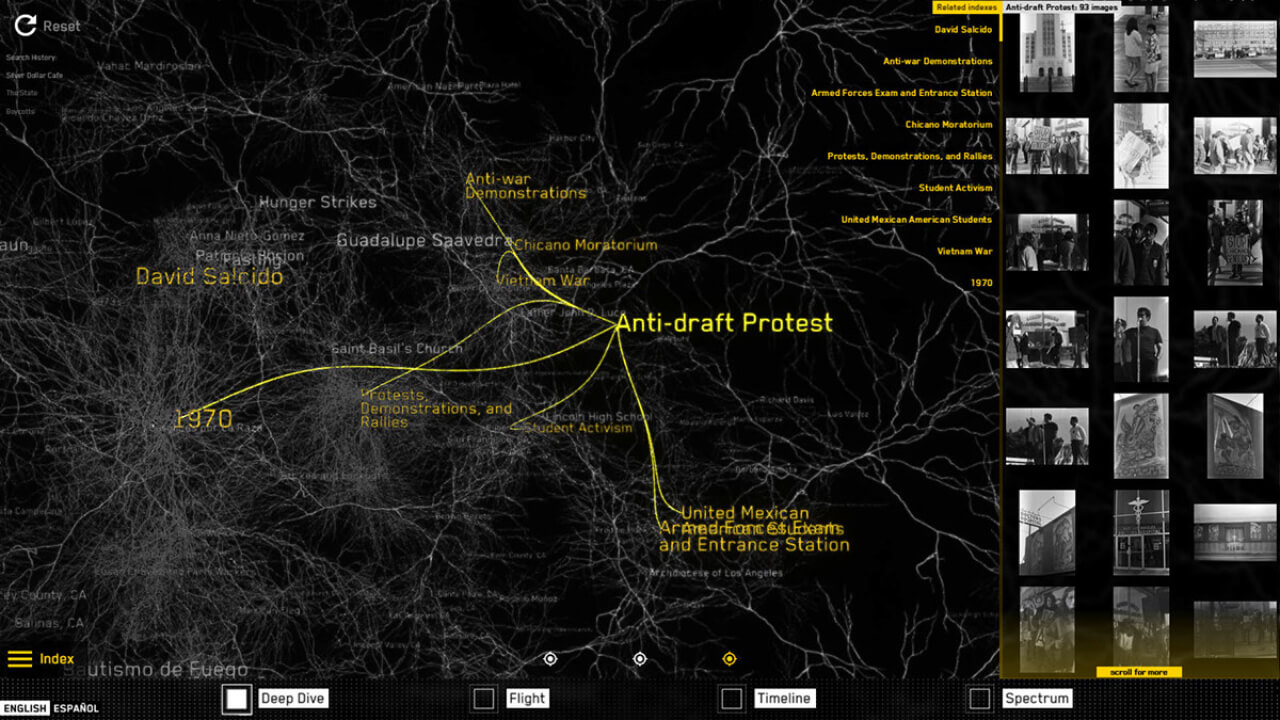 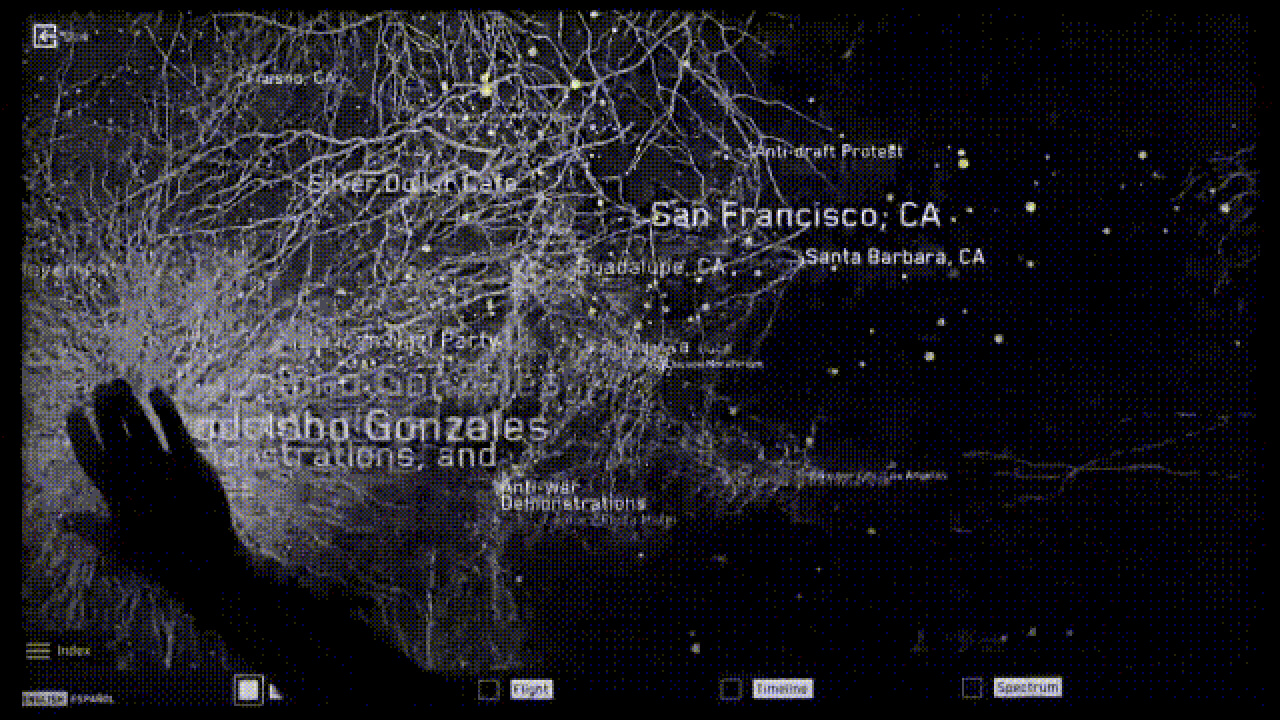 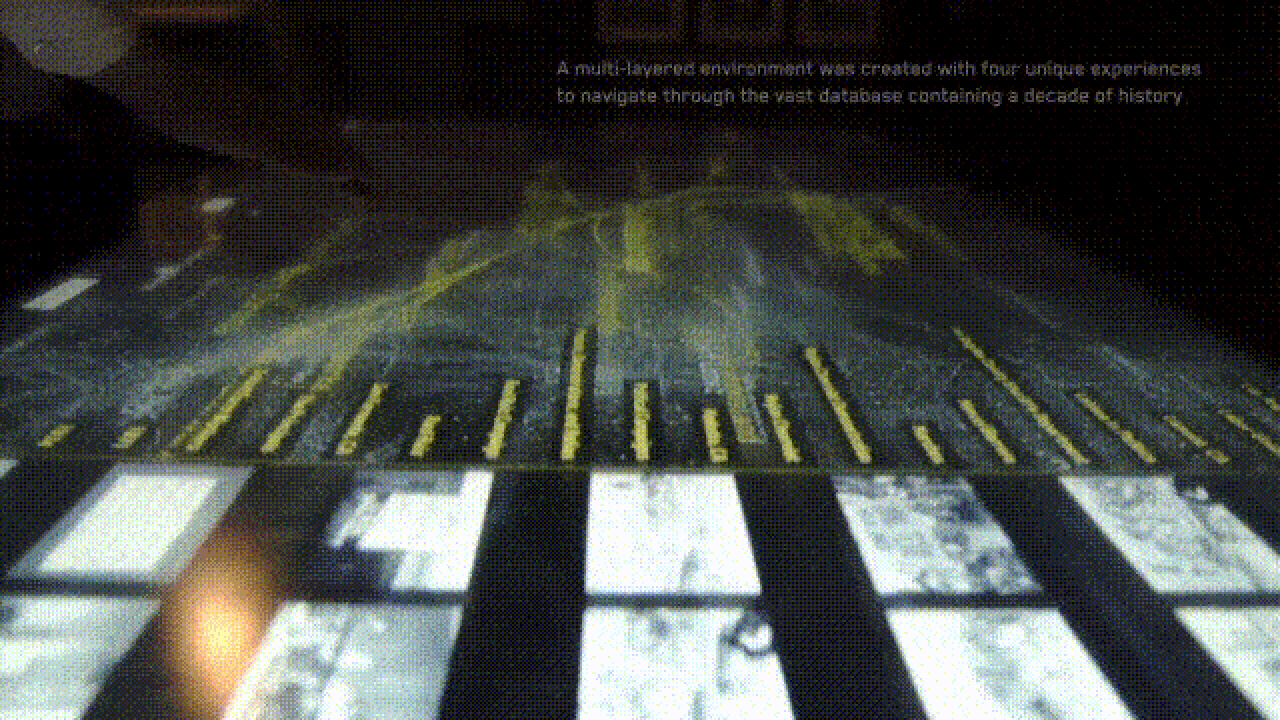 Upon selecting a tag or one photo, the user gets a list of all connected tags and photos that step by step lead the way deeper into the archive.

Thus, every user sees the birth of a unique interactive story, directly linking every next photo with the previous one, at the same time remaining a part of a bigger story.

Every photo can be zoomed in so that the user can see the details, read the description and the reference about the author.

We also developed such additional interactive data visualizations as “Flight”, “Timeline” and “Spectrum”. These were also based on selected tags, but were developed for entertaining and not informational purposes 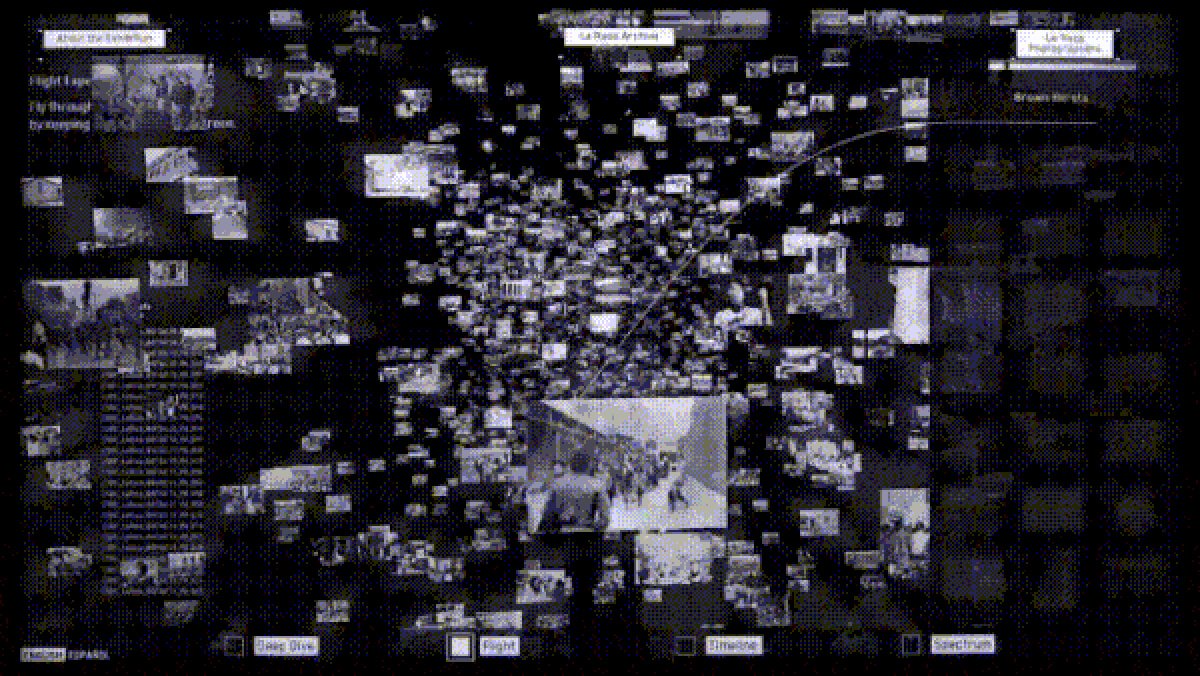 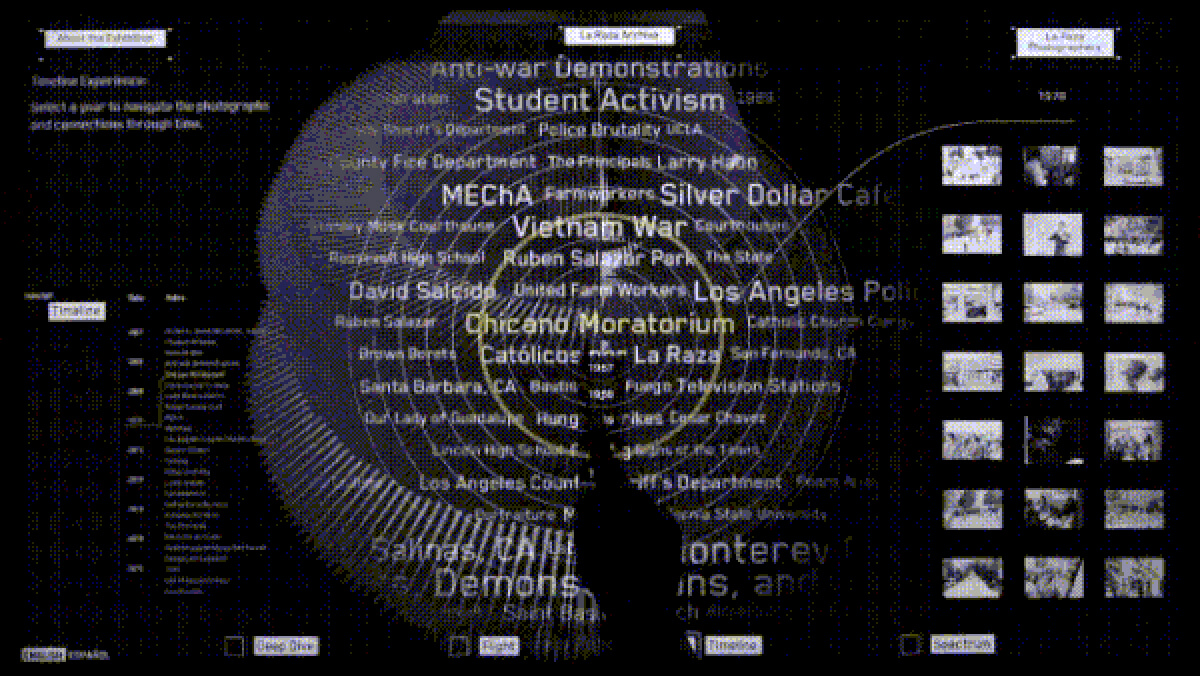 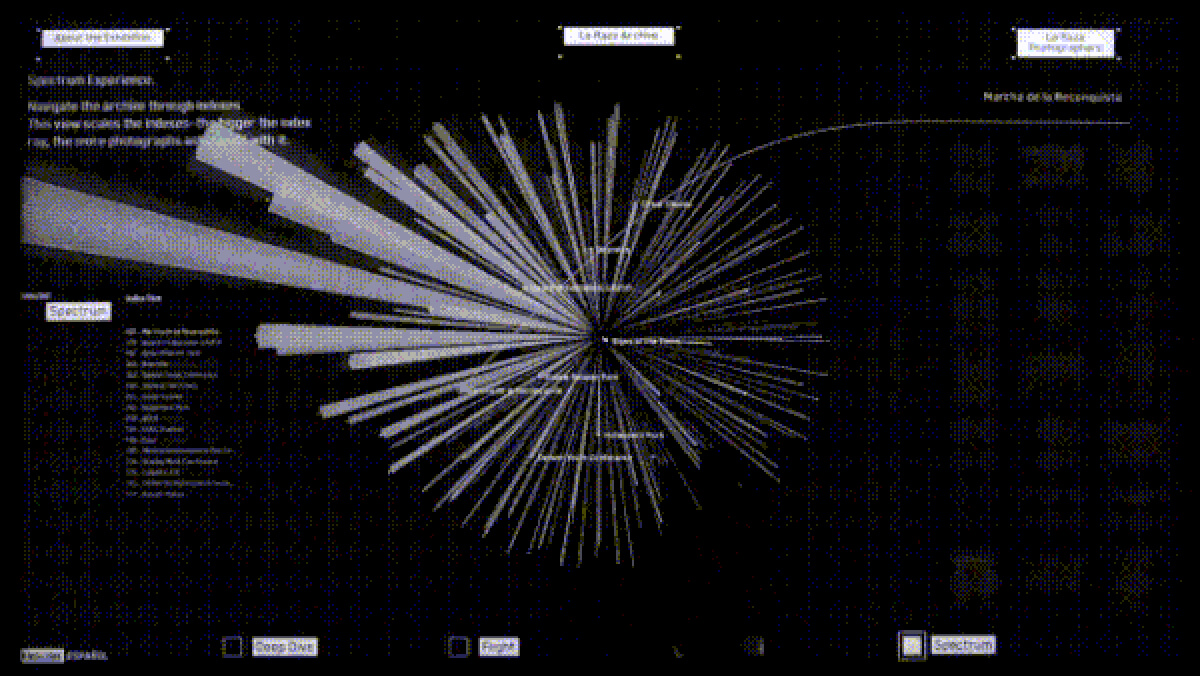 La Raza expo was part of a larger project Pacific Standard Time: LA/LA, that was hosted in Los Angeles by Getty in 2017-2018 and brought together more than 70 exhibitions and events from Santa Barbara to San Diego. Thanks to high public interest and good reviews, the expo was first extended for six months and then went on the road.

The project was implemented in vvvv programming environment with such extensions as DX11, Instance Noodles, Microdevil Intersect, individual extensions on C# and data processing scripts in python.

Images used are from LaRaza digital interactive, created for La Raza in the framework of Pacific Standard Time: LA/LA in 2017.

Next
Name next
Previous
Name prev
Share this Work